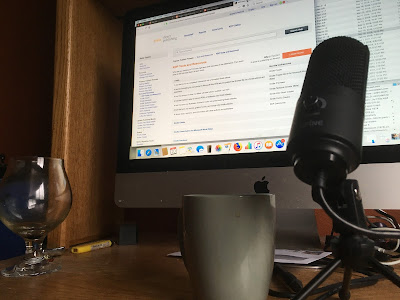 Nothing is fast in publishing.  Nothing.

It's been a rollercoaster year since I finished Satrnius Mons and not the kind of rollercoster that follows a predesigned track through twists turns and loopty-loops.  More like the kind that careenes of the track, plows through the crowd and smashes into the funnel cake stand.

But we are just about there so I feel comfortable announcing a release date for the first book.

*Announcer voice* There will come a night when Saturn is in opposition to the sun and at it's brightest in the night sky.  On that night the first book of the Ruins of Empire Series will be unleashed upon an unsuspecting world.

So... yeah.  June 27th.  Saturnius Mons the first book of the Ruins of Empire series.  Mark your calanders.

In the meantime, we're just about ready to start releasing a sneak preview.  The Ruins of Empire podcast, a serial audio version of the book will be available...

*Drumroll monkey throws down the sticks, gives me the finger and walks away.*

So what have I been doing?

Well in between and around and behind the time I used making fixes to the final manuscript on the advice of my editor, I've been writing the first draft of the third book in the Ruins of Empire Series.

I'm proud to say that the first draft of Juno Moneta is finished and quietly waiting in the recesses of my hard drive for the day when I grab a knife and start carving it up into something more pleasing to the general public.

The second book is getting ready to be plopped on the chopping block and dissected into it component parts and put back together so it can join it's older brother in the mad, mad world of becoming an actual book.

I guess what I am saying is shit is happening.  Stay tuned.

All Hell Is Breaking Loose.


Labels: Ruins of Empire Saturnius Mons Self Publishing Shit Only Jeremy Cares About