It's chapter 30 and we're getting to the climax of one of my favorite battles in the book.  And it has nothing to do with Viekko superman-ing across Titan killing fools.

It's about Isra and Laban or, rather, Isra's need to control over everything.


"Isra is your mother.  I know you wrote something in the front of your book about her stubbornness being based on Kari.  That's bullshit.  She's a hard ass.   She's good with a gun.  She's a bit of a control freak.  That's your mother."

My father, Gib Jones, on a few of my deep-seated issues.


That man isn't wrong.  My mother does enjoy basically running everything.  Maybe that's where this comes from to a certain degree.

But I also believe that the desire to control things is not reserved for certain individuals.  Everyone, to some degree or another, feels better when they are in control. Or, at least, they feel more secure.  They might be driving themselves bat-shit insane trying to micromanage the fucking world, but they feel good about it.

And, as we learned in an iconic scene in Fight Club, letting go of control runs against our survival instinct at times.  When things are spiraling out of grasp, the instinct is to try and force it back into a place where we have some determination over it.  It's why self-driving cars, I believe, will take a lot of time to get any traction in this world.  Even if they get to a point where the technology is a thousand times safer that human-driven cars, people will be reluctant to give up control. 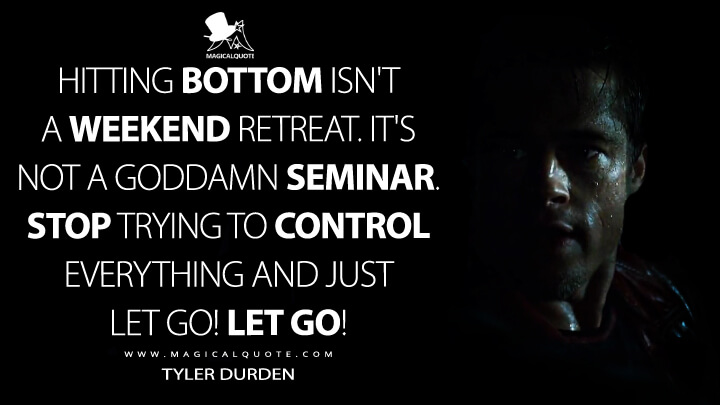 That's the conflict I see here and why this moment between Laban and Isra is so interesting to me.  Because Isra really does care for her team immensely.  She is the type of person who will push her people right up to the limits of their abilities and stamina to the point where they look down and see rocks tumbling down the cliff.

But she will also be right there with them.  She is the kind of leader who is at the front lines ready to lead the charge.  But, being a leader of this type, she does have more than a few issues letting things just happen.  And right now her options, as presented by Vince Laban are:

A: Maintain control.  Possibly kill everyone on your team.

B: Give up and maybe save them.

She's going to spend some time scrambling for a viable option C.  Or an option A where everyone lives.