Okay, sneaking one last book review in before the end of the year.

A new, bloody form of entertainment has arrived.

Hari Mickelson plays Cain, a ruthless assassin whose exploits in the Overworld alter the history of its people and are legendary. On Earth, millions eagerly await his next cube so they can ride inside his head as his murderous adventures play out. Thousands of the wealthiest individuals pay vast sums to be there while the adventure is taking place.

But this adventure is different. His ex-wife Shanna, who plays the thermomage Pallas, has gone offline and has only a few days to live before she is pulled in between the two dimensions, and her body is ripped to shreds. Assuming she is still alive now.

Cain must brave the force of a emperor-god, a superhuman guard captain, and his elite troops. Not to mention ogres, elves, and even fellow actors paid by the Studio to complicate his life. Is this Cain's final mission? Tune into Adventure Time to find out! 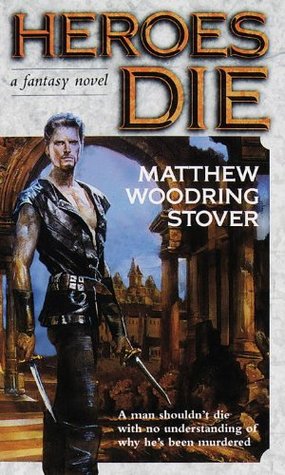 I only really notice covers for one of two reasons, either they are really good. Or really, really bad. This is the latter.

And I want to point it out for two reasons. One, because I like that indie authors don't have the monopoly on awful covers. (Although they do have a controlling interest)

First of all, the whole cover looks out of focus. It looks some graphic designer lifted some low-resolution image off Google, thew some words down on it, and called it a day.

Which brings me to the author's name and the tagline. The name sort of gets lost in the background image as does the tagline. The latter of which... yeah kinda makes sense in the context of the book, but that is not the take-away I would have, nor is it the thing that really makes this book interesting.  It would be like if the tagline for Return of the Jedi read, "Things get awkward when it turns out you accidently kissed your sister."  I mean, yeah, it happened, but it's not the important part.

And finally, the 'A fantasy novel' up near the title. I sort of understand because this book crosses genres and (as someone who has a book like that) marketing becomes an issue. But just writing it off as a 'fantasy novel' seems like a cop-out.

Seriously, I don't remember why this book was on my to-read list. But I am really glad it was. But I think the cover is why it took me so long to get to it.

2. Do Not Judge This Book By Its Awful Cover

This book is like J. R. R. Tolken and William Gibson's psychotic love child. You get two stories in one. On one side, you have a man struggling against an oppressive regime and a caste system that will forever define his lot in life. And on the other, you've got a world-famous assassin who's starting to question the awful, horrific shit he has to do. All of this takes place between a near-future Earth where an entertainment-obsessed culture devours pain and misery like its candy and don't realize that their world is run by a class of people who could give a shit whether they live or die, and a fantasy world whose entire history hinges on the whims of the studio class in the other world.

3. A Tale That Never Gets Old

At it's heart, this book is pretty simple. A group of people who have become disillusioned at society are acting out. They want to change things for the better. And, as Thomas Jefferson said, 'Those who make peaceful change impossible, make violent change inevitable.'
This quote is brought up in the book. Apparently, Jefferson is banned in the future. Which makes sense.

4. As Told By A Bloody Maniac

This book is intense and not for the squeamish or people that don't care for descriptions of people being cut in half or having their skin peeled off, their legs broken or any number of horrific things. This book gets pretty graphic.

5. A River of Actual Shit

Also, there is a disturbing amount of shit in this book. Like actual shit. Like the fecal content is at least 25% above an acceptable level. It was enough that I, a fan of Chuck Palahniuk who delights in describing every digusting bodily function, was like 'maybe dial the poo-poo back a little, dude'.
Again, just a warning.

6. But That's Kind Of The Point

There's an underlying theme in this book: Humans love violent entertainment. The more pain and misery involved, the better. It's one of those human nature things. So in this book, Cain gets in the middle of the arena. He slashes some dude's throat, disembowels somebody else, stabs a guy in the brain, and then turns to the audience and yells, 'Are You Not Entertained!'

And it's you. You're the audience. How do you feel about yourself now?

7. In The Future Men Still Suck:

Another underlying theme is one that we are all too familiar with in this world. Cain is sent to rescue his ex-wife Pallas. The trouble is, she doesn't want his help. She is doing fine, thank you very much, and resents that her adventure only becomes popular once Cain steps in and starts slashing everyone's guts out.

Which is annoying for several reasons but mostly...

Like more powerful, then Cain can ever realize. As in Goddess-like power. I don't want to give too much away, but one of the takeaways is that this adventure was really all about Pallas. We should be traveling in her head and experiencing it from her point of view.

But we don't because of the ugly truth that women don't get to be the leaders of their own stories. (This is changing slowly, but still)

So it's almost as if the author purposely hides a better story inside his own book, walks out and says, "You know, if you people weren't such sexist assholes, you might have gotten the better story." Then he drops the mike and walks off.

For all it's graphic violence and needless obsession with feces, the book is densely packed with ideas and critiques about our world. From love and relationships to power and wealth inequality to freedom and our tendency toward totalitarianism, you don't have to dig deep to find interesting themes around every corner. And, more than anything else, it's just a fun story.

I highly recommend this book. Assuming, as I said before, one doesn't get squeamish around graphic descriptions of warfare, torture, or a literal river of shit. It's a wild ride. To this day, I have no idea how it ended up in my 'To Be Read' pile, and I'm guessing the cover kept pushing it back for me. Because, like I said, it's a bizarrely shitty cover.

But the story inside is awesome.
Labels: Book Review What Jeremy is Reading