7 Things About A Walking Shadow

In the third installment of the Haruspex Trilogy:

Avilon is in stasis and his only hope for survival lies on Temsevar, a technological backwater currently at the mercy of the whim of a few powerful warlords including one overlord. Durban Chola, Jaz, and Cheris must navigate a primitive culture and a volatile political landscape if Avilon has any hope.

But there is more danger then any of them realize. Legendary hunter and assassin Archanbor has landed. He knows the planet better than anyone and he's got Chola in his sights. 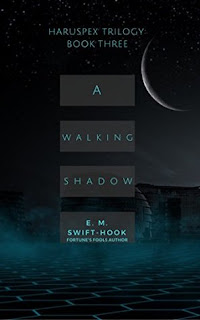 
This book caught me completely off guard pretty quickly as it seems to break completely from the first two books and E.M. throws us into a totally different world complete with a different feel to her writing. I can't quite pinpoint the difference in tone other than to say, less noir, more adventure.

As usual, the author does a fantastic job immersing us in this new world. Taken by itself I really have no complaints. The characters are as engaging as ever especially how their personalities bounce off each other. The story flows seamlessly. I especially like Jaz's development in this book. Charging into battle on a horse oddly suits him.

But taken as part of the series, it just feels off.

It's not unusual for an epic story to oddly turn around a group of people in some backwater in the middle of nowhere. In fact, I rather like that trope. Maybe it's because I live in the modern equivalent of that kind of backwater, but there is something charming about the idea of history turning around a place nobody could find on a map. ...Or a star chart as it were.

It feels like that is what is happening here but it also feels very sudden. The history of Chola and Avilon have always been shrouded in mystery but having origins on a planet like Temsevar... again it feels off somehow.

Maybe I missed something but it feels out of place. Without going into spoilers, I have a hard time accepting that the characters all got their start on a technologically backward planet. It reminds me of the Tim Burton Planet of the Apes where they doubled down on a 'new surprise ending' but without an elaborate and contrived explanation, it doesn't make any sense. 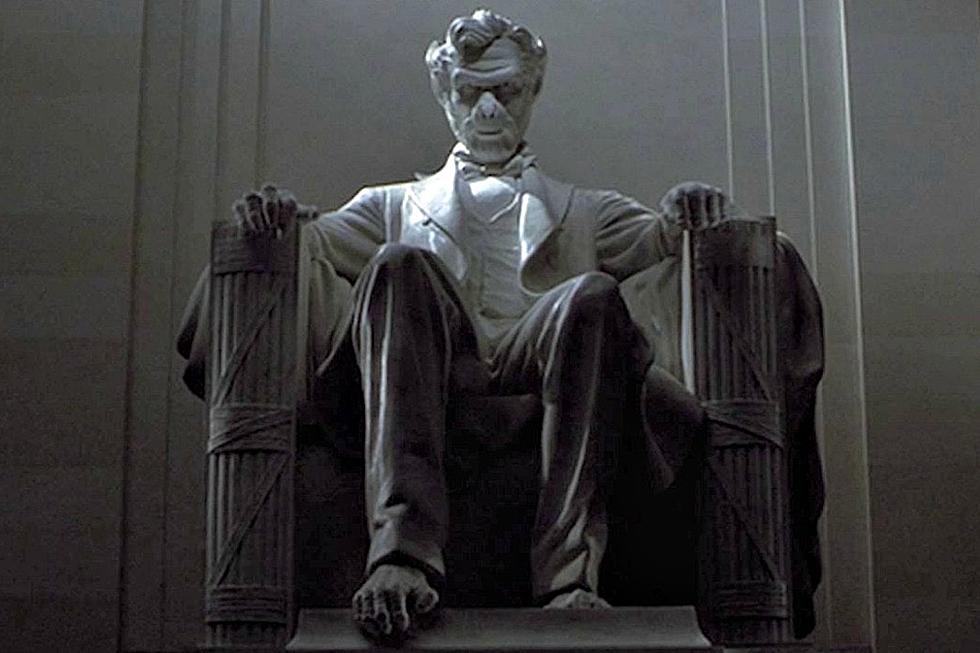 It's definitely not that bad. But the nature of the ending of this book did bring it to mind.

Well not really a spoiler because it happens in the first third of the book. Part of Chola's plan is to recover some of Avilon's mind that is stored away in a secret underground lab. This is a small facility containing highly advanced equipment in the middle of a society that has yet to enter an industrial revolution.

The explanation by the end of the book makes sense but I was still left wondering, 'Why this planet? What suddenly makes this place so special?"

Which is not to say that I didn't enjoy the ride. E.M. Swift Hook is quite skilled at creating a narrative that lets me kick back and enter that 'movie in my mind' phase. Avilon and Cherish's relationship develops, as does the strange relationship between Jaz and Chola. I especially like the direction she took Chola by the end.

But the nagging question of, "Why here?" did pull me out of the book occasionally.

This is probably my least favorite of the trilogy. It's still a wonderful series that I would recommend to anyone that likes the idea of crime syndicates and intrigue in space.  Furthermore, if someone was already two books into this series I wouldn't warn them off finishing. But, again, it just feels strange alongside the others. Maybe it's me and others will like the unexpected direction this story went.