The Hell Is Althea Thinking?

It is about this point that the characters get completely out of my direct control.

I love the feeling of logical insanity. There's an eery feeling when you deep into a book, and the story around the characters gets so distorted through the lens of their experience that they do things that don't make any sense when seen from a larger perspective. Delilah S. Dawson's books Hit and Strike portrayed this feeling exceptionally well (especially Hit). It's unsettling. It makes your skin crawl. I rather like it in fiction.

That's what I was going for here.

While you are with Althea, everything she does totally makes sense just as it makes sense to her. If she wants to save even one person, this is what she must do. The idea 'if I can just save one person' is a weird and sometimes destructive rationalization. It's futility made honorable. Yet if Althea or anyone else stops and actually thinks about what she is doing; really thinks about it, it's goddamned insane. Stop and think about the logistics for a moment. At some point, somebody on the ship is going to notice, and Althea knows it. There's no good ending for this except for the small hint of a chance of a possibility that Althea helps the woman she is trying to help.

And then there is Isra.

She's got total blinders by now. Althea sort of sees her situation but doesn't care. Isra? It hasn't hit her yet. All she has her mind on is completing the mission. She needs to build a foundation for an alliance between Earth and Venus, or her entire project is toast. And she has it in her mind that there is this puzzle that she just needs to solve and, once that happens, she can manipulate the Rainha into doing whatever she needs.

But in the process, she needs to play along, and it's proving to be destructive. Whether she is doing it for her benefit alone or for the team remains to be seen. But the optics from Althea's point of view are clear. Isra's gone. She's abandoned them and is completely controlled by Isabel.

I dig that feeling. Watching characters one (hopefully) cares about doing the most batshit crazy, destructive things, and they are not even sure why themselves. 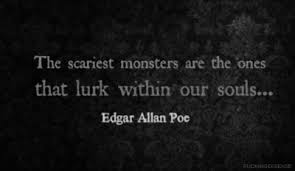