The First Glimpse of the Enemy

Okay, yeah, Viekko is alive. But you already knew that.

I wasn't exactly trying to convince people that he was dead. Although I did want just enough time to pass to sow a hint of doubt in people's minds.  Someday I will write a book where the one person that everyone things can't die is totally going to die. That should take care of any budding career I've built up to that point.

So, for the first time, we actually see the Corsario and FUCKIN SURPRISE... they aint the bloodthirst savages the Cythereans make them out to be.

It feels like a cliche. The idea that, in a clash of societies, they end up dehumanizing each other to the point that, when the full scope of the conflict is known, we realize that the two peoples aren't so different and the conflict would be over if they two sides only understood that. It's a theme told in I don't even know how many books. I'll bet it's in every genre, for every age group.

But there's something inherently human about that urge to see the enemy as less than. There is something, probably even genetic, that urges us to form small groups of those who look, think and/or act like us and then view everyone else as, at best, as inferior on some level or, at worst, a threat. And yet, we know that between all people there is a shared humanity that could bring us together. We know this because, again, it's a theme across millions of movies, books, songs, plays, games, and pretty much every other form of art imaginable.

But as recent events in our own world continue to point out, it's a lesson that we either refuse to learn or simply forget when convenient.

The twist and the big reveal in this chapter (well sorta, I think Producer Shaun figured it out a while ago) is that the Rainha and Cytherea has weaponized this bug in humanity's programing. (Although I suspect, in the Rainha's thinking, this is a feature.)  And again, this is nothing new. National propaganda, especially wartime propaganda is often geared toward exploiting that particular bug/feature.

I guess the little twist I take on the idea is that given that the Corsario are literally made up of Cythereans shows just how powerful that urge is and how easily it can be weaponized.

At the same time, it's a remarkably easy attack to counter because all that it requires is that the people involved engage their own brain. The reader now sees the truth and sees how stupid it is. Viekko does but, as much as he wants to 'rewrite the script' he can't see how easy that would be.

Once the people start thinking for themselves, the spell is broken. But that is another chapter. 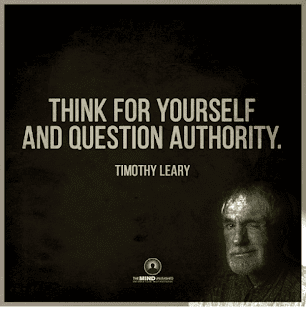