Oh What Tangled Webs We Weave

Twists and turns; surprises around every corner.
Or maybe, like producer Shaun, you kinda worked out what was happening back in chapter fifteen or sixteen.

Viekko's plan is underway and, by this point, it should be pretty clear what it is. There's someone on the inside who, for unknown reasons wants to keep life interesting for the Cythreans by pointing out vulnerable spots in the city for the Corsaio to exploit

Whatever motivation compels that person to betray their city, Viekko wants to exploit it and lead a full revolt. And right there, one can probably see the likely upshot. (Hint, it's a bad idea in both fiction and life to begin any endeavor that includes characters of questionable motivation.)

I'm not much of a military planner as my performance on the Risk board can attest. (Ask my wife. In true Irish fashion, I've never won a victory in that bloody game.) Although some inspiration for this situation came from a tour guide at the Gettysburg battlefield. He was talking to a group of tourists and mentioned something along the lines of, "A lot of people ask me how the situation would have changed if either army had machine guns. And that would have been interesting. But you know what would have really changed the battle? A radio."

That stuck with me and I've read several historians in books about ancient battles ruminate on battlefield communication and how things would have been different if they simply had a form of communication that we all take for granted.

And now against a bronze-age civilization, it gives Viekko an edge. Although maybe not as much as it might seem.

Like I said last week, Isra's ultimate fate in this book was a dramatic last-minute change. But the scenes that situation created are engaging as all hell. Okay, yes, when I was reading this most recent scene, Isabel came off as almost a James Bond villain with the way she was gloating and revealing her whole plan. But it seems right. It seems well within her character. Isabel wants to break Isra completely. She has already done this physically. And now she wants to finish the job by illustrating just how bad things are getting.

Nevermind the added bonus of the dramatic irony created. Yes, dear reader, Viekko is leading a massive Corsario assault right into a trap. All of it elaborately created by the Rainha to secure her position.

But Isra, she's not an easy person to break. 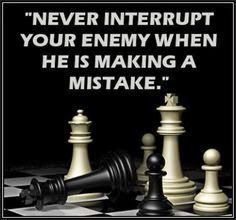