Nothing like getting everyone set up for a doomed encounter.


This scene is especially important for the Cronus / Jonana storyline. He's ready to give up on anything happening between him and the Cytherean engineer. He feels he's tried everything. He's tried letting her take the lead. He's tried taking some initiative. And he's tried running away screaming. What else is there?

On a related note, if you now have a semi-permanent handprint on your face from the number of facepalms Cronus has caused during this book, then I am doing my job correctly.

I don't know what it is about love and romance but sometimes the best thing to do is just give up. At least that is what my life taught me. I could never get a relationship to last more than a few months when I was young and decided it wasn't worth the effort. At the time I thought that I would pursue it again some day but, for the moment, I would just stop. Shortly after that decision, I ran into the woman who would become my wife. Well, to be fair, a car ran into her house but I did meet her there. So giving up and just letting things happen worked for me. Your mileage may vary.

I was not the one driving the car in case you were wondering.

The reason it works, at least for me, is I tend to overthink things. Especially things that involve human interaction. My fellow overthinkers can back me up, we know well this tendency serves us.

So Cronus here is not really giving up as much as he is focusing on something else. He is responding to external situations and, in a sense, showing what kind of person he is. That most hated of relationship advice 'be yourself' has some merit. But you can't just decide to 'be yourself'. It's like telling someone 'don't think of a purple cow.' 'Be yourself' is something that just happens when we are not thinking about it. That's what happened. And it means that, finally, we have a turning point in this story.

I didn't know that this was going to turn into relationship advice from a sci-fi writer, but there you go. Give up. Focus on something else. And, in that state, you can show what kind of person you really are and, in the process achieve what you want.

I love Viekko's speeches. He just strikes me as the type of person who would jump on a soapbox and offer some completely unsolicited words. And some of them might even make some sense. He's got that kind of simplicity and clarity of mind that just works for a military leader. In my mind I think Jayne Cobb in the Jaynetown episode of Firefly. Only with just a little more eloquence. Because Viekko is used to speaking in front of soldiers.

And there we are. Cronus is at the transmitter. Viekko is running the assault with Althea coordinating the effort. What could possibly go wrong? 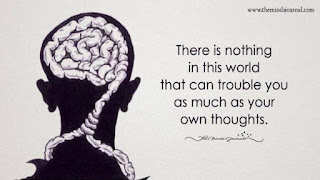