The Romance of the Doomed Mission 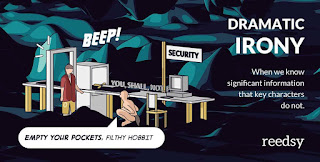 By this time I wanted to show that basically every encounter between Cytherean and Corsario forces follows the same basic progression. The Corsario go in and raid, the Cythereans show up and form a shield wall, the Corsario fire a round... you get the idea. This basically served two purposes. First, I don't think that's a bad representation of how ancient battles went. In my reading about ancient warfare, I get the impression that there were rules to the Game of War. In fact all the way up to the Revolutionary war there is a strange organization to the killing. It's only very recently that war has devolved into a kind of hellish free-for-all. So it makes sense that a bronze-age society would have developed the same thing.
At least that's my impression. I'm sure someone who actually has a working knowledge of military history could point out exactly how backasswards I have this.
But also warfare is just another part of the endless cycle the Rainha has developed to keep the city under her thumb. It's amazing to me how many times in life we get caught in the same cycles. We drive ourselves crazy doing the same dumb-ass thing over and over again never stopping to realize that if we just changed one minor thing it would drastically improve our situation. In fact, in those rare times we do come to that realization and change something we usually hate ourselves for a bit because it took us that long to figure it out.
Or maybe that's just me.
But we know that Viekko is not, in fact, free of the Rainha's story yet. And that's about to come back and bite him.
Sometimes it takes us at our lowest to find the true path. And that's where Isra comes in...
Labels: Authors Commentary Shit Only Jeremy Cares About