Cronus promptly shut his mouth. In his haste to keep up, he accidentally slammed his toe into a heavy box of tools. Maybe love was just like anything else outside the Neuvonet he thought, as he hobbled after Joana. Out here, where everything wasn’t controlled, love was awkward, clumsy, messy, and complicated, which is probably why the Neuvonet bored him. It was too perfect. In the worlds beyond the fabricated reality he and his people lived in for so long, nothing was exactly how it should be. Nothing felt completely right or followed any logical pattern.

The perfection of the real world, Cronus decided, was in its imperfection.

Yep, this how I write a love scene.

If there is a theme to Templum, (and there might be a couple...five or six) it's this idea that perfectly controlled, safe, idyllic place are ultimately destructive. And I think a lot of beauty lies in the places where entropy and chaos are allowed to creep in.

Cytherea, much like Cronus's Neuvonet world, is a place created for the pleasure and comfort and, ultimately entrapment of its citizens. And its a thing that we, all too often build for ourselves because, yeah why wouldn't we? We like pleasure and comfort because... uh... it's pleasurable. And comfortable.

I don't like cities that are too clean. I can't help but wonder what they are hiding and where they are hiding it. I always imagine that all the refuse of the society, the garbage, the poor, the misfits and the crazy people have been hounded out of town or tossed somewhere else. Of course that might be because as a someone who identifies with the misfits and the crazy people, I worry about myself.

I don't like things that seem tailor made for my enjoyment. I worry that there's something trying to steer me somewhere... usually toward buying something. Or buying into something. Besides shit I know that I like is boring. I mean, yeah, I like it. But there is a thrill in something new. We forget that.

Right, forgot there was a story there.

Um.... well we are setting up for the big reveal. This is the victory that's not quite a victory. That moment that defeat could be snatched from the jaws of victory, as it were. 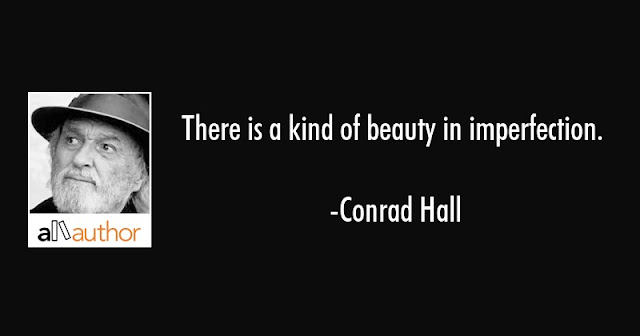