“Where is Jeremy’s list of top books! I cannot finish a year without knowing what my favorite author has been reading”
-Nobody Anywhere

Hey folks.
Well, it’s been another year hasn’t it? It probably feels like it's been a quiet year around these parts because... well... it has. Mostly because of this adorable little guy who is just about 16 months old now and who has filled my last year with love, sleepless nights, shit, drool, pee, other unknown bodily fluids, joy, frustration and a myriad of other emotions both good and harrowing.
Suffice to say that this small vortex of sentient destruction has cut into my writing and reading time. So much so that I am sad to say that I won't be able to to my top twenty books this year. Mostly because I didn't even finish twenty books. But I did read a few so I've got a top five list and I can’t think of a more appropriate reviewer than my son, Declan Jones. Take it away, Kiddo.

Yes, well, thank you, father, for that kind introduction. And while we are discussing the last year let me just say that being raised by a neurotic wanna-be author is no treat either. At this point I’m not sure if my name is Declan or Please Stop Crying So I Can Freaking Write God Damn It. I do so hope it's the former as the latter should make my early school years positively unbearable.

Anyway, where were we? Ah yes. Books. I have developed a fondness for them in my short time on this planet. Not to read per se, but I find them quite tasty and tear-able. Two qualities I appreciate in any object. Books have an added bonus as well. After the satisfying ripping sound there is the scream of anguish as my father realizes what I have done.  Ah… I shall destroy that man.
And with that in mind, Father's top five books of 2021. 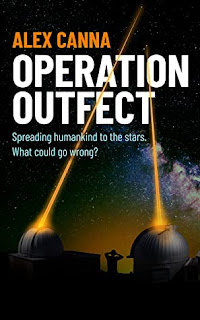 I have only met around twenty humans in my entire life and even that is enough for me to understand that spreading this species across the galaxy… *shivver* It makes me want to load my Huggies.
The story follows a team trying to scam a group of billionaires to let them be the first to colonize space. The whole idea of the book felt like something I should have enjoyed more. It’s just that. Well…
See I am quite fond of Cheetos.  Those delicious puffy snacks may, in fact, be the epitome of human cuisine. At any time of the day, I will take a Cheeto. Please and thank you.
But every once in a while my father tries to slip me one of those Gerber cheese-flavored puffs. Now, they look a bit like a Cheeto. They even taste like a Cheeto assuming you enjoy a Cheeto made entirely of sawdust.

On the surface this book appears to be a Cheeto with its mix of social commentary, questions about humankind’s place in the Universe and the promise and threat of technology. And there is quite a lot going for this story, interesting characters, engaging story, clever twists and turns.
What I am saying is the book tastes good, but it is no Cheeto, Sir.

Four stars would throw on the floor do I can eat it later.
My review on Operation Outfect

The Art Of War 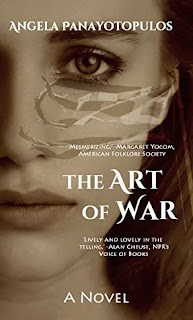 Yes thanks to Fathers propensity for Documentaries (yes, folks I can confirm. It’s not an act. He really is as boring as he seems) I have some knowledge of WWII. At least I understand that Nazis are bad which is, apparently, more than I can say for about 30% of this country.
This book is set during that terrible war in a place called Greece. From the description it seems like a nice place. At least until the Nazis come. Then it’s even worse that COVID-times America.
A lovely tragic tale that made me cry and not just because I’d dropped a deuce in my diaper. Although that was sometimes a factor. There is a theme of art and destruction that is both beautiful and tragic. It has inspired me to create my own art project. I'm thinking something along the lines of crayons all over the living room wall. I am sure the parental humans would love it.
Five stars. Would put in my mouth again.
My Review on Art of War. Also yeah... so can't wait for that. 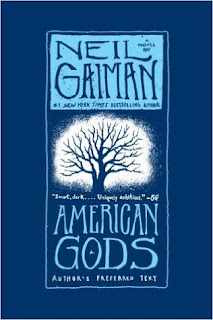 I like Neil Gaiman. He treats the world of mythology much as I treat every drawer in my house. As a thing to tip out and rearrange to my liking.

In many ways this country and myself are startlingly similar we both toddle across the floor from one self created disaster to the next while oscillating wildly between shrieking rage and sociopathic joy. Now I do this because I am about a year and a half old. I cannot even fathom the giant collective head injury that would cause an entire country to behave this way.
But, perhaps, the answer lies in the pages of this novel where Gaiman unfolds a tale about the strange and often conflicting set of beliefs that come together to form the national zeitgeist.
Fun entertaining and increasingly relevant or so I am told. Five stars would tip upside down and splash in it until it inexplicably hit the ceiling.

My Review of American Gods 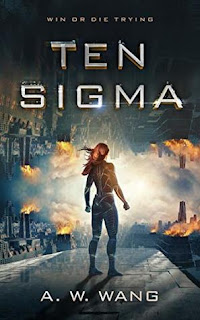 There are a lot of stories about people who have lost everything being press-ganged into sadistic games for the benefit/amusement of a small ruling class. I am starting to believe that this may not have been the most opportune time to have been born.
Which means that every drop of drool, piss, shit, or any other fluid I spray across this world is a small act of political rebellion.
But I digress.
Ten sigma is an engaging story about how the plutocracy forces us to shed our shared humanity and destroy each other. Preferably with a rock. Both a thrilling narrative, although gory at times, but with deeper ideas about a world we created that benefits literally nobody.

The constant violence and misery does become strangely tedious at times but if life has taught me anything it’s the value of tenacity. Sometimes in order to get to a place where I can put a toilet brush in my mouth I have to keep trying until one of the parental humans either gives up or lets their guard down.
Five stars. Worth pulling down off the coffee table ripping apart and spreading its message all over the world.
My Review of Ten Sigma 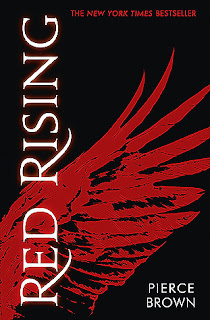 Ah yes and speaking of terrifying views of the future…

I must say I connected with this book in a very personal way. I too know what it is like to be treated as a lesser person. Quite often I will find something interesting in a cupboard. Sometimes it’s shiny and sharp. Just when I consider inserting it into my eye one of these blasted parentals takes it away, puts it somewhere higher up and deliberately exploit my lack of object permanence to pretend it doesn’t exist.
And it works because, you know, no object permanence. Still I know there is something fun just out of reach. I can practically feel it dribbling down my chin.

What I am saying is that I know exactly how the Reds feel in this book. But besides a tale of oppression and fear it is also about hope. For despite the injustices in this world all of us have the power to change it. In the book Darrow finds, at every turn, the rules bent against him. But that only works if one plays by the rules. It teaches us that, sometimes, Five stars and a with an extra bit of slobber.
My review of Red Rising

Well that was fun. Now if you all will excuse me. My father has just sat down with a book so I feel that it is time to find something heavy and breakable to pull off a high shelf.