Hey, Did You Know I Write Books?

All empires eventually collapse. When the Global Civilization that rose during the 21st Century declined midway through the 22nd, the planets and moons colonized all over the solar system were left to fend for themselves. And in the ashes, new cultures rose.

Now, a group of explorers is venturing into space once again to find, study and protect those long lost colonies. But each discovery brings new revelations about The Fall of Civilization, and dangerous revelations about the Future. 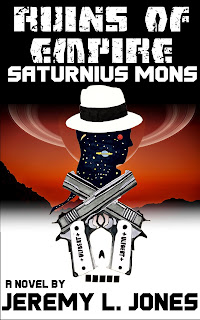 When Viekko Spade, warrior of the Martian steppes, and his team arrived on Titan, their mission was clear. Find and study a society lost since the Fall of Civilization and protect it from the Global Corporation.

But when he stumbles on the scene of a brutal massacre, he realizes that the society they have come to defend is on the brink of destroying itself through religious conflict. Now it’s a race overcome ancient hatreds and unite a fractured society before it is destroyed by Corporate invaders.

So this was the wrong week for Viekko to be coming down off the most destructive drug humankind has yet produced. 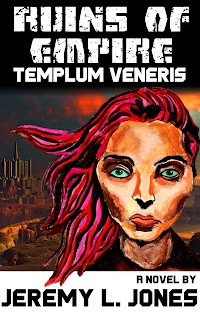 Althea Fallon sensed something wrong the moment she set foot in Cytherea, that gleaming city atop Venus’ highest mountain.

It wasn’t just that every citizen was a perfect specimen of physical perfection.

It wasn’t just that Rainha Isabel Maxamilliano ruled over all aspects of the city including a military force of men trained at birth to defend the state.

And it certainly wasn’t that the rest of her team was enthralled by Isabel and the pleasures of Cytherea.

A darker secret keeps this city in line. And when Althea finds the truth, she and the rest of her team must make a choice: flee the city before the might of the Cytherean army, or fight against Isabel’s tyrannical regime and plunge the long-lost human settlement on Venus into total chaos.