Leave it to Viekko to take everything too far.

The fun part about writing a character like Viekko Spade is that he's a useful thing to move the story forward. If I ever find myself in a position where the characters are kinda standing around not sure what to do, I can usually just light a fire under Viekko and stand well back.

But I like where this one went specifically. This story has been an emotional rollercoaster for the Maritan warrior. From thinking he and Althea might actually get together, to inevitable rejection. Finding some solace in military life only to find the dark underbelly of Cytherean society. At this point, I imagine Viekko as being pretty much numb and mentally exhausted when he enters the scene. Which puts him in the perfect frame of mind to deal with Cronus.

This is probably one of my favorite scenes in the book. As a socially awkward dude, there is definitely a little bit of a young me coming out through him. Maybe not quite so helpless... ... probably? One of Cronus' last lines, 'I wish I knew how to fake it.'

It's Viekko's very pragmaticism that comes out here.  As confused as he is, he just wants to feel good; achieving that nebulous goal that so many of us are in pursuit of, namely happiness. From the outside, it's easy. But inside, it's a hard thing to get together since we're always wired to crave the next thing. That's the mindset that he is in when he heads out with Gabriel. And then the battle happens.

Like I said before, this has been a hell of a rollercoaster for Viekko and right, there, at the top looking down at a hell of a crash, he does something impulsive. Not just because he wants to break this bizarre cycle of death and misery that he is starting to become aware of, although that's part of it. But there's an addiction at play here. A need to stay high and keep that feeling of exhilaration and focus going. A need to avoid the inevitable crash.

Let us never forget that, at his core, Viekko is an addict. And addicts will do anything to keep the high going. 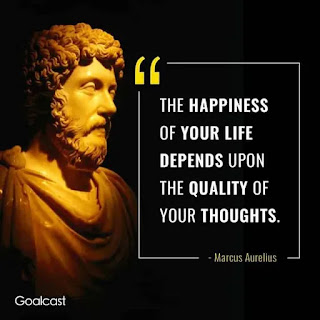