The Strange Symbolism of the Via Maxamilliano

Isra does have a way with people doesn't she?
This was one of the moments I had down in my notes from the get go. How exactly we got here got changed and some of the characters ended up a little worse off but we got here.
You might remember way back when they first enter the city Viekko's feeling of forboding walking into what he dubbed a 'kill zone.' And that was where the Story of Cytherea as told by Rainha Isabel began. The first line of that story was, 'Cytherea is unassailable. You will never win against the might of this city.
Since then the story became longer and more elaborate. But in order to save Cytherea and, indeed, themselves, I wanted to show that they had to break that story and show the people the truth. This is partly why Viekko's plan didn't work. He unwittingly tried to make the change using the exact same controls Rainha Isabel has been using to perfection this entire time.
In that way the Via Maxamilliano is the physical embodiment of that idea. The worst possible place to mount an attack against the city and, strangely, the only place it will succeed. Because the story that has been told is a complete fabrication.
I started writing this book long before 2016 and the election that sent my country into a four-year struggle with the idea of basic facts. But the theme felt correct when I was writing it then and it only feels more important now.
Govenments and other entities that seek to control us often use stories and lies to accomplish our goals. Sometimes they are minor, a company painting a rosy picture of the future while things are obviously going to hell.  Sometimes they are major like... well, whenever President Trump opens his stupid lie-hole.
I like to believe, however, that bullshit like that cannot stand the light of day. And a lot of what is happening in the world right now is people waking up to the fact that we've been lied to. It was all just a story. The American Dream, Equal Protection Under The Law, Land Of The Free, The Shining Light On The Hill, all of them were just stories. And we are waking up.
I like to think —and maybe I'm just a naive idealist— that we, as a society, are where Isra is in this chapter. We are standing at the end of a path we've been told is a dangerous, destructive place to go. We've been warned time and time again that the path will destroy everything we hold dear.
But we too have little choice anymore and we are taking the first steps down our own Via Maxamilliano. 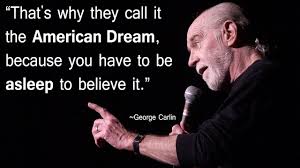