With Earth's ecosystem collapsing, a group of young starship pilots are the planet's last hope for survival. The only thing standing in the way?

A journalist with ulterior motives

And a wreck of a space station that is perpetually incomplete.

Humankind's last hope seems as far away as the stars themselves. 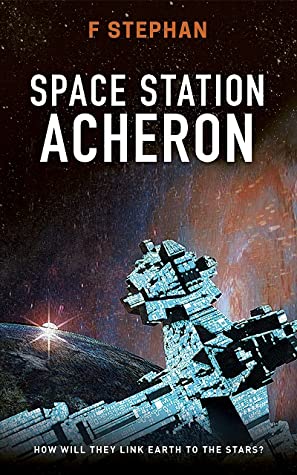 1. The Politics of Space:

The book is interesting in that it crafts a story around probably the most frustrating part of shooting stuff into space. Namely the politics. For some reason Pillars of Salt sprang to mind in the fact that the story centers around a massive construction project and the politics either helping or hindering it.  Except in space. With star ship pilots who use nanite technology to open wormholes and, occasionally, fight assassins and sentient tigers. Other than that, totally the same...

I like how this technology was done. In the book ninites are what give the star ship pilots the ability to open worm holes and travel across the galaxy. Its  also handy in that it gives them super-human strength and the ability to heal. But they can be deadly for those who cannot control them which is unfortunate given that they are essentially a black market drug. So I really like this edgy dichotomy of something so essential to the advancement of humankind being so dangerous and so sought-after.

The story cuts quite a large swath through this world. From a completely reordered set of Geo-polictical politics, the competing factions and the very state of the Earth, I feel like the author did a lot of world building that we don't even get to see. It's a glimpse into a massive world on the scale of epic fantasy.

For me, however, that same strength turned out to be a bit of a liability as well. There were almost too many characters doing too many things in a different location at once. About halfway into the book, I felt like I should have been taking notes. By the last 25% I had all but lost the thread completely. Maybe it was me but there were a few factors that made this a hard read to follow.

The chapters are literally two or three pages each which, you know, there's something about being on chapter 100 that makes you feel strangely accomplished. Maybe? The downside is, of course, that there is so much jumping from one scene to another and from one character to another that it's hard to connect all the dots.

Another factor lies in the craft. The gears and the cogs; the tiny word nanites in the body that is the book. It's a bit clunky in general and is often a bit awkward. Consequently, I had trouble sitting back letting my mind immerse itself in the world. I think without that immersion its harder to really get into this story.

I wanted to like this a lot more than I did. There are such tantalizing, interesting, and fun ideas wrapped around this story but, in the end, the execution just wasn’t there. And maybe that’s on me. With my ADD-addled brain, I realize there are some books that just require a lot more work and focus on my end in order to enjoy. This might be one of those. But I have to know the reward is going to be there and I’m not completely sure that it is.

It’s worth cracking open and seeing for yourself. Your mileage may vary.